Eating food on the street is a huge part of traveling. You get to try some of the best local dishes in an atmosphere totally unique to that area. What’s even better is that it’s often some of the cheapest food you’ll find, which is great for travelers on a budget.

But everyone has heard a few horror stories about getting sick because of eating some bad food. So how do you know what’s safe to eat and what’s not? Spoiler alert, there’s no real sure fire way of knowing. But the good news is we have a few rock solid tips that have served us well for years that will get you started off on the right foot!

Look For The Long Lines 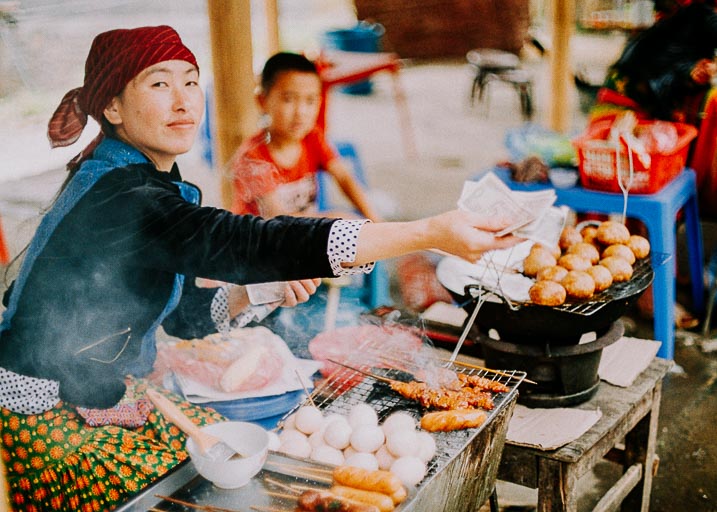 What? Look for the long lines? Why would I want to stand in a long line?  It’s actually a really good sign, especially if that line is made up of mostly locals. There is simply no way all of those people just so happened to try the same place at the same time. It's even less likely when there are plenty of other places serving food. This means that a good portion of the people waiting in line are repeat customers. Why would people be coming back to a place they didn’t like the first time? It must be good.

This also says something about all of the food stalls that don’t have a big line in front of them. Why, when there are so many hungry people walking around, are some vendors suspiciously without customers? More likely than not the locals know something that you do not. They’re avoiding those vendors for a reason…

Eat What The Locals Eat 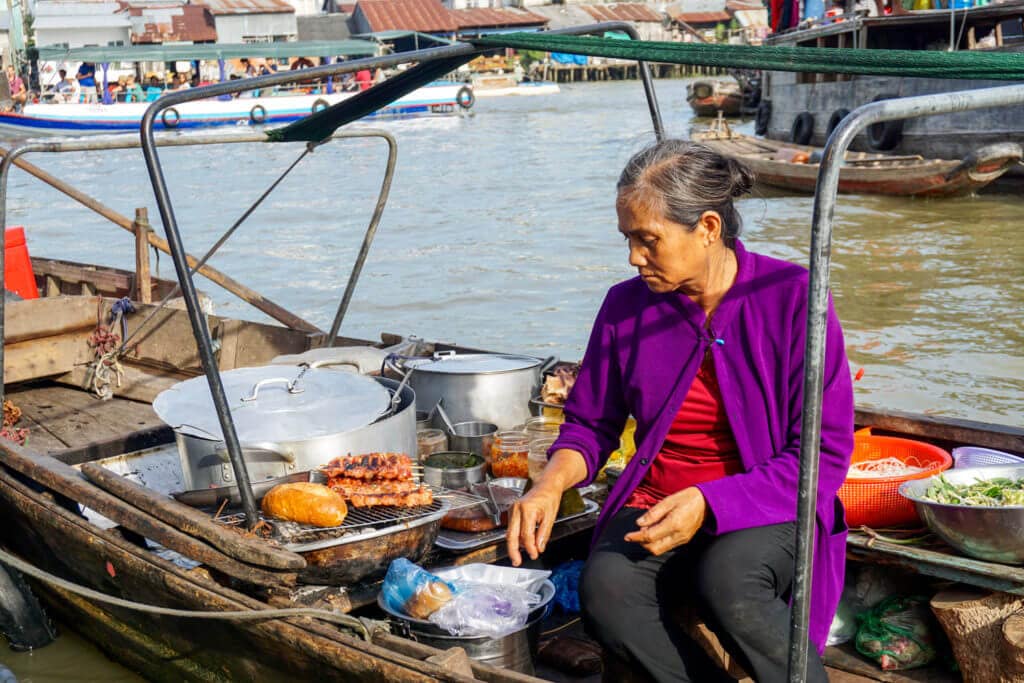 Along with eating where the locals eat, is eat WHAT the locals eat. When you have been on the road for a while there can be something quite tempting about seeing something familiar on the menu. A nice cheeseburger, a slice of pizza or even a sandwich would really hit the spot after all the adventurous eating you have been doing recently.

Fair warning, this can be risky. Most food vendors will put a few things like this on the menu mostly for tourists. But order at your own risk. The ingredients for these types of dishes are often different from the ones used to make local dishes. This means the food vendor is likely to have them sitting around for much longer than they would other food. Especially if most of their customers are locals and thus they eat the local cuisine. They’re also probably more expensive for the vendor to buy, and so they’re less likely to toss food that has gone bad and lose the money. They may not even know how to cook it properly since it is not something they themselves would eat. All of this means you have a much better chance of getting sick. 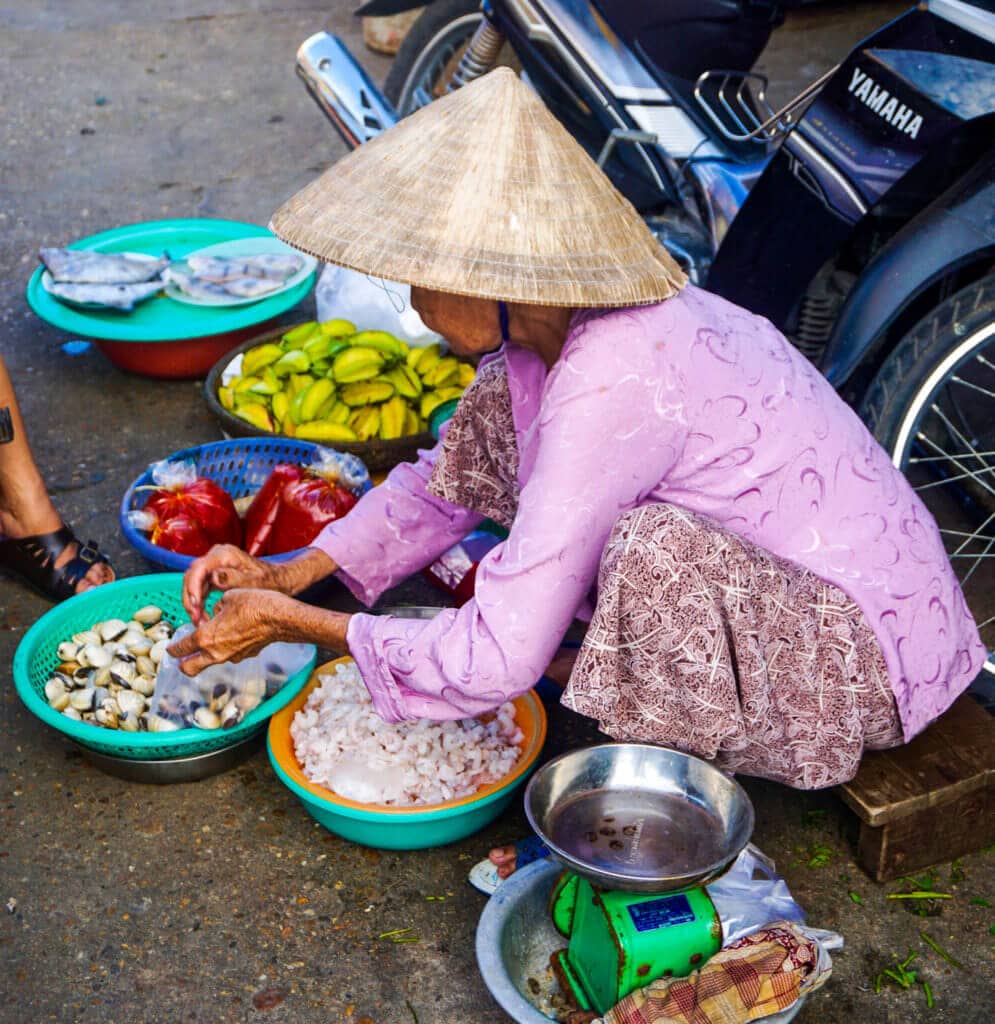 It’s generally not a good idea to eat any street food that was not prepared in front of you. If you can’t watch it being made then how do you know how old it is? Some of the more expensive ingredients might be used for several days until they are gone. Was that meat cooked today? Or yesterday? Or last Thursday? Who knows! Better to stick to things you know are fresh.

Watch Out For The Fruit Smoothie 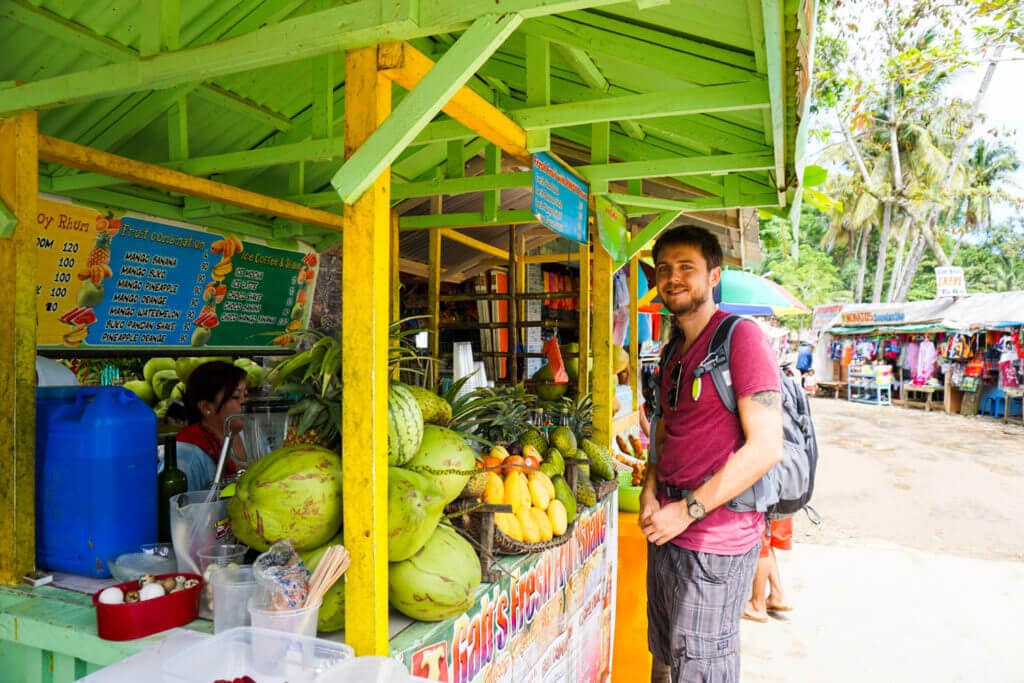 I absolutely love fruit smoothies, I always have! But again, you have to watch what’s going on. You might think this is the perfect little treat. Fresh whole fruit, cut right in front of you. A little cream from a can and some ice. What could go wrong with that?

Unfortunately, the culprit is often the ice. Most countries that do not have clean city water get around that by buying ice from manufacturers that make it with clean water so that it is safe. But some less than ethical street vendors do not want to pay the extra money. So they resort to making ice on their own with tap water. Make sure you take an extra look to see where the ice is being scooped from. Is it in a labeled bag? Or a suspicious looking cooler/bucket?

Another culprit could be the fruits have not been washed properly or they have been washed with tap water that isn't safe for drinking. Another good tip for avoiding unwanted dashes to the bathroom is to only buy fruits and vegetables that have a peel or skin on them that you don't eat. If you want to buy fruits or veggies and eat the skin, make sure you wash it on your own first with clean water.

Watch What Other People Are Paying 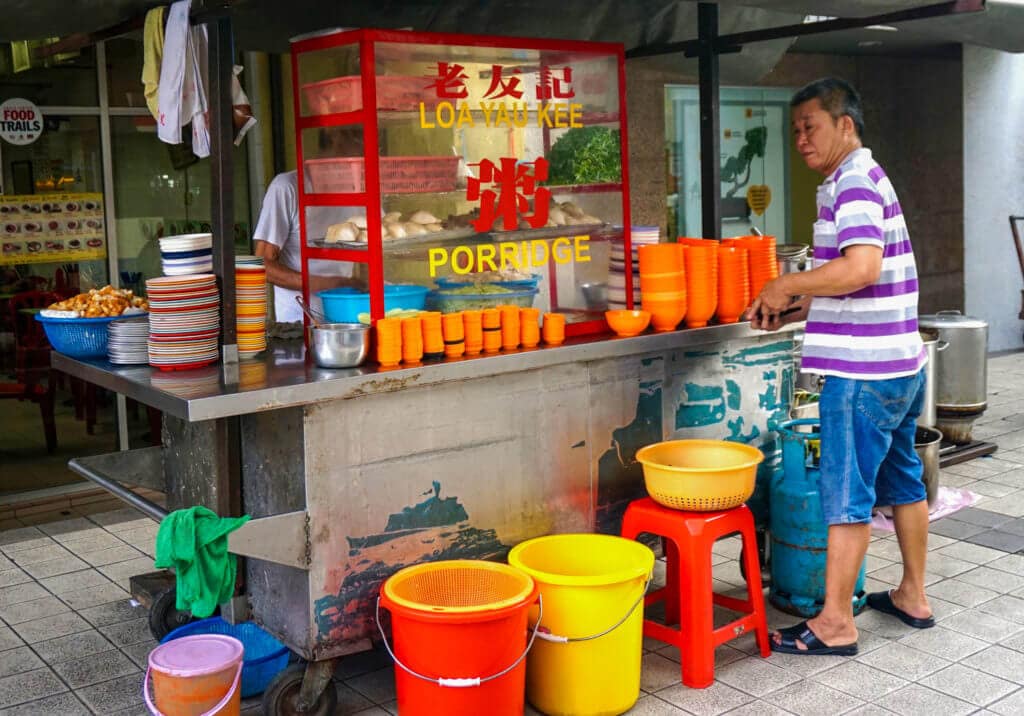 Once again the locals know best. While you are standing in line pay attention to the people in front of you as they pay. It’s not uncommon for the vendors to have two menus. One in the local language with the local prices, and one in English with the “foreigner prices.” Street food is great for travelers because it’s cheap. It starts to become less cheap if you’re paying more than everyone else. 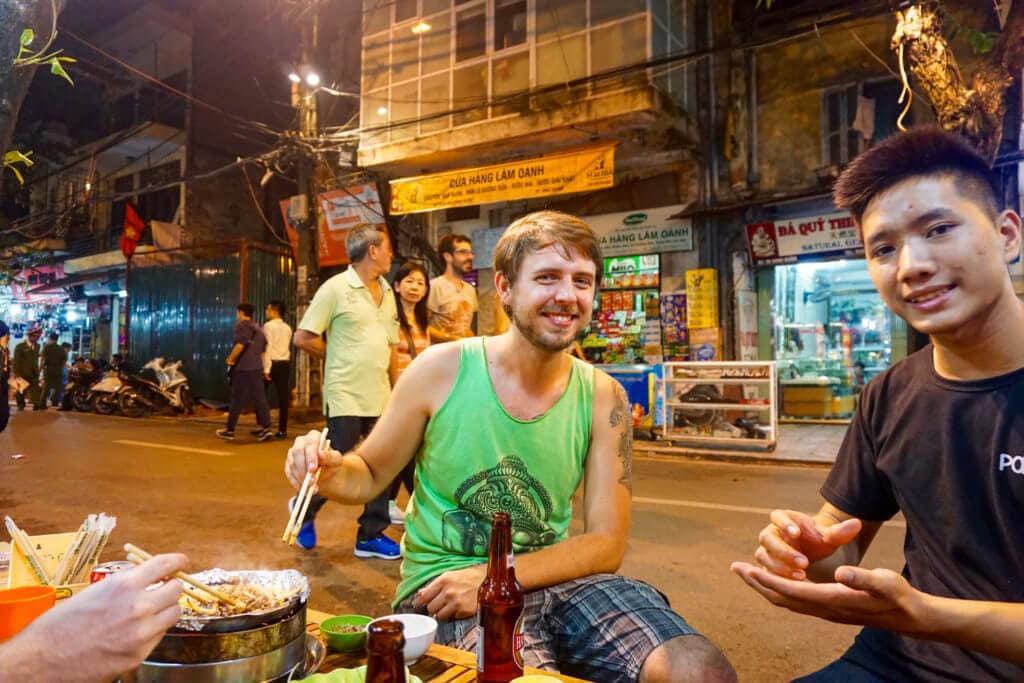 All of this is not intended to scare you away from street food. In fact, eating street food can be one of the best ways to really experience the local culture! Nothing brings people together quite like great food and conversation.

We've both been sick while traveling several times and almost every time it was something that we had eaten at an actual restaurant that made us sick! So don’t let the idea of a street vendor stop you from enjoying some fantastic local cuisine.

Looking for a great place to try some delicious street food while traveling around Thailand? Be sure to not miss checking out Wang Lang Market in Bangkok!

Do you have some great tips for eating street food? Leave a comment below and let us know! 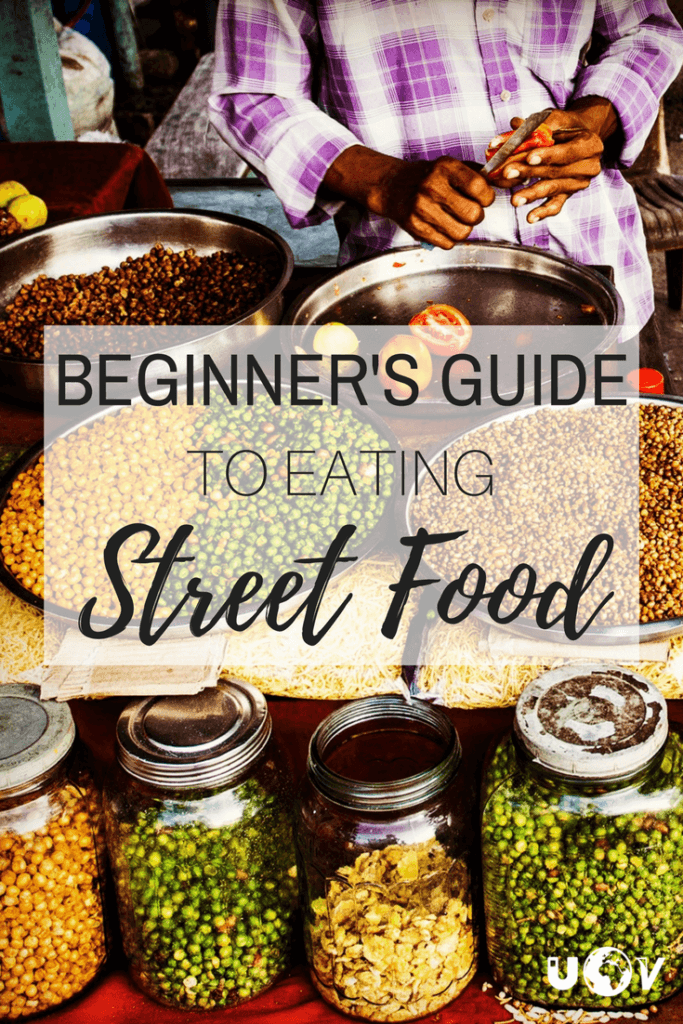 Ron Sefcik is the co-founder of Unearth The Voyage.

How to Use Travel Blogs to Plan Your Next Trip

5 Tips for Traveling as a Couple